We can’t imagine life without our dogs, they are an extension of our family and bring so much happiness to us everyday! We now have 7 dogs and thought it was fitting to introduce them here since they light up our lives and are a huge part of our family. There is Sippy, a 12 year old Cockapoo, Genesis an 8 year old Dachshund, Tito a 7 year old Chihuahua, Lucky and Lulu the 5 year old English Mastiffs that are brother and sister, Watson the 3 year old French Bulldog and the newest addition to our family, Pepper the 10 week old English Bulldog. 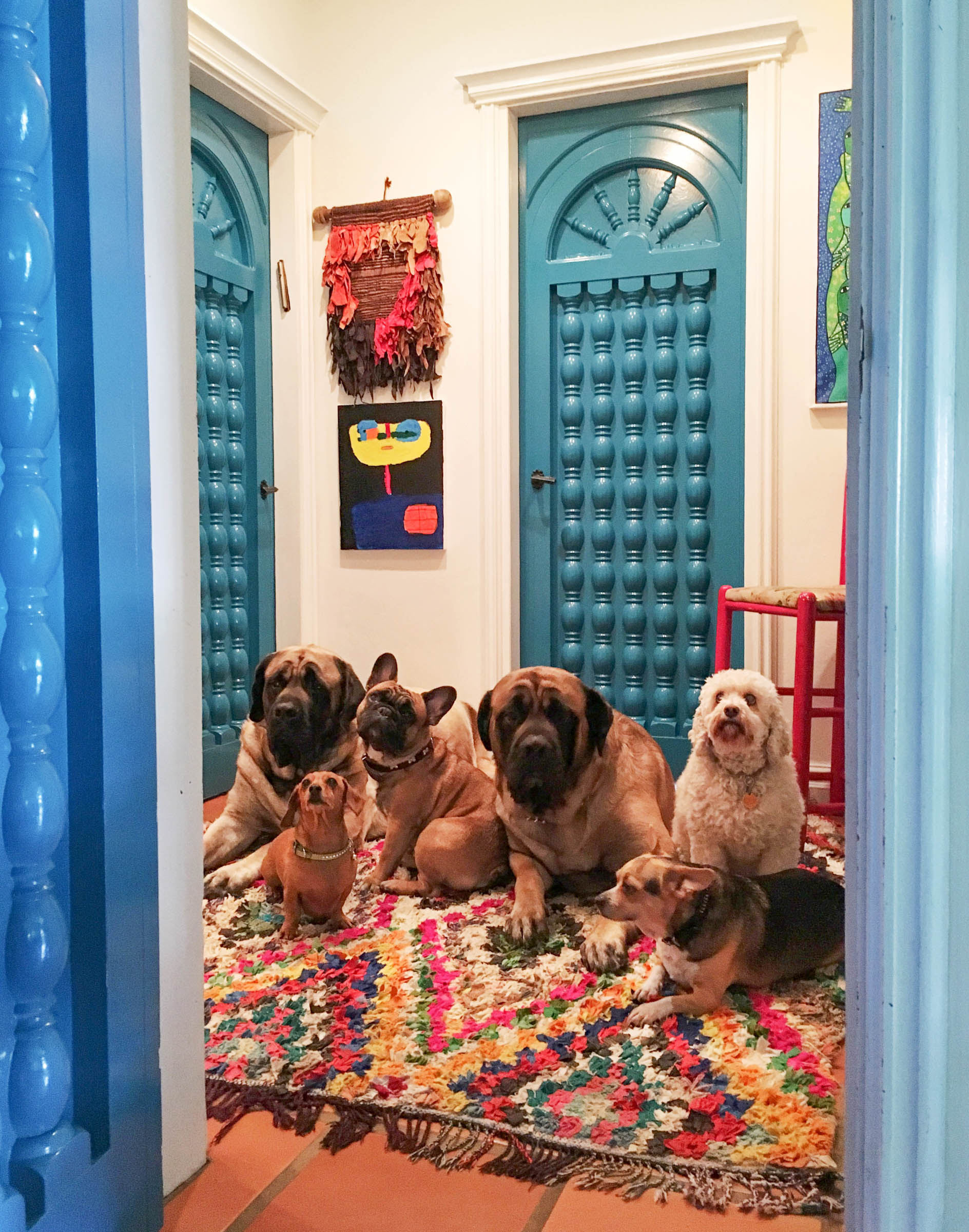 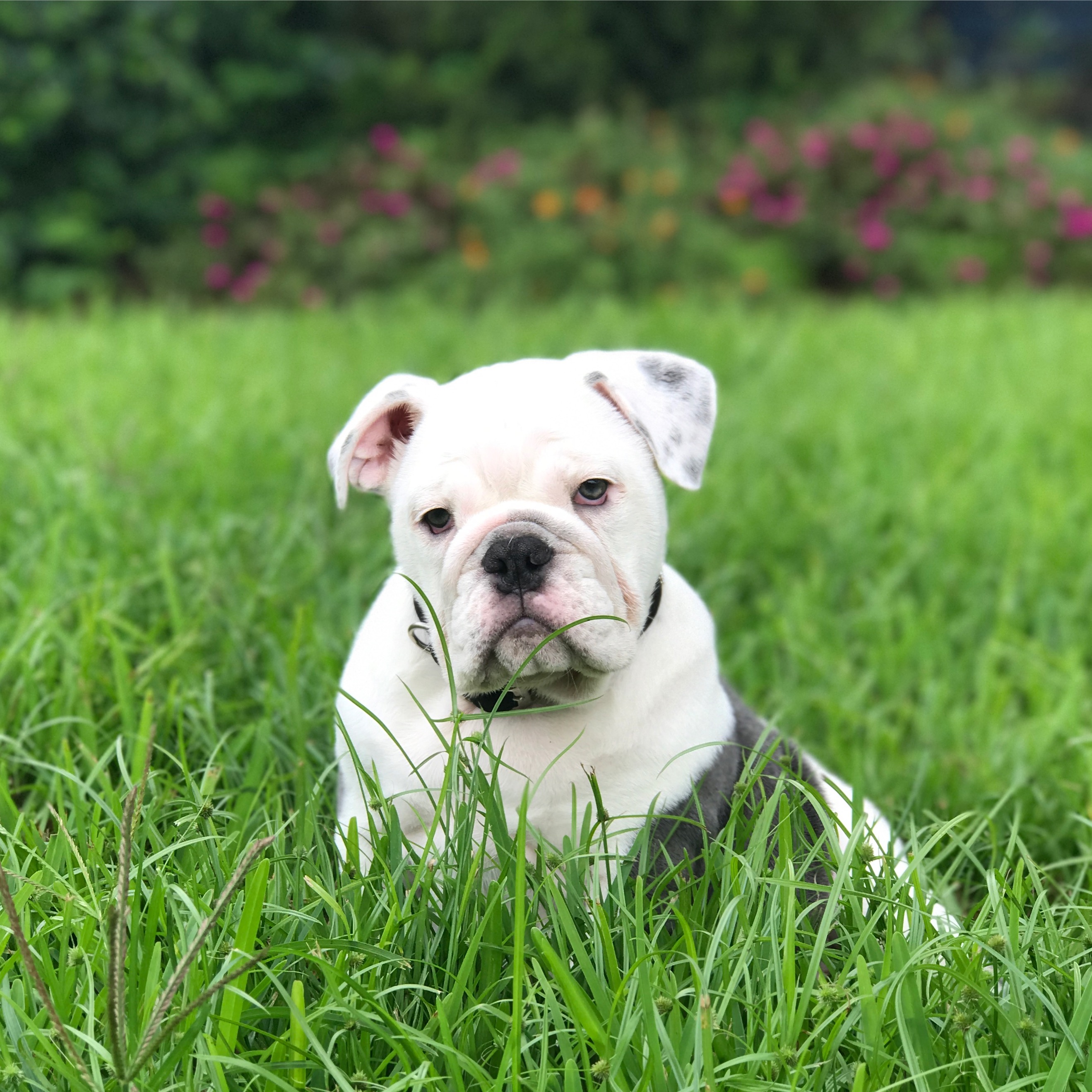 First there was Sippy. She came from a breeder and was a present for Shana when she was 6 years old. Sippy is the oldest dog in the pack. She has trouble hearing now and has cataracts but she is healthy and keeps up with the rest of the dogs just fine.

Then Along came Genesis, which is actually a crazy and coincidental story. Gany had to say goodbye to her childhood dog, a Dalmatian named Noe. She was 14 years old when she passed so she lived a long, happy life but as we all know, it is still a heavy loss when we loose one of our dogs. I was out of town working when this happened so when I came back I decided to take a trip to the new puppy store that had just opened in our neighborhood. I typically don’t shop at puppy stores but due to the loss of Noe a few weeks prior, I wanted to cheer my wife up. When I stopped in the store I fell in love with this miniature Dachshund and decided to buy her. I put a big red bow on her and surprised Gany at work.

Well…she was more than surprised, she was shocked! As it turns out, Gany also went to the same shop a few days before and was ‘just looking’ at all of the puppies. The only puppy that she asked to pick up and play with was the same little miniature Dachshund! She didn’t buy her but just liked her and wanted to hold her. We were both shocked that Gany had never told anyone about going to the puppy store and I went in and picked the same (and only) puppy she had fallen for. So we named her Genesis, for new beginnings. 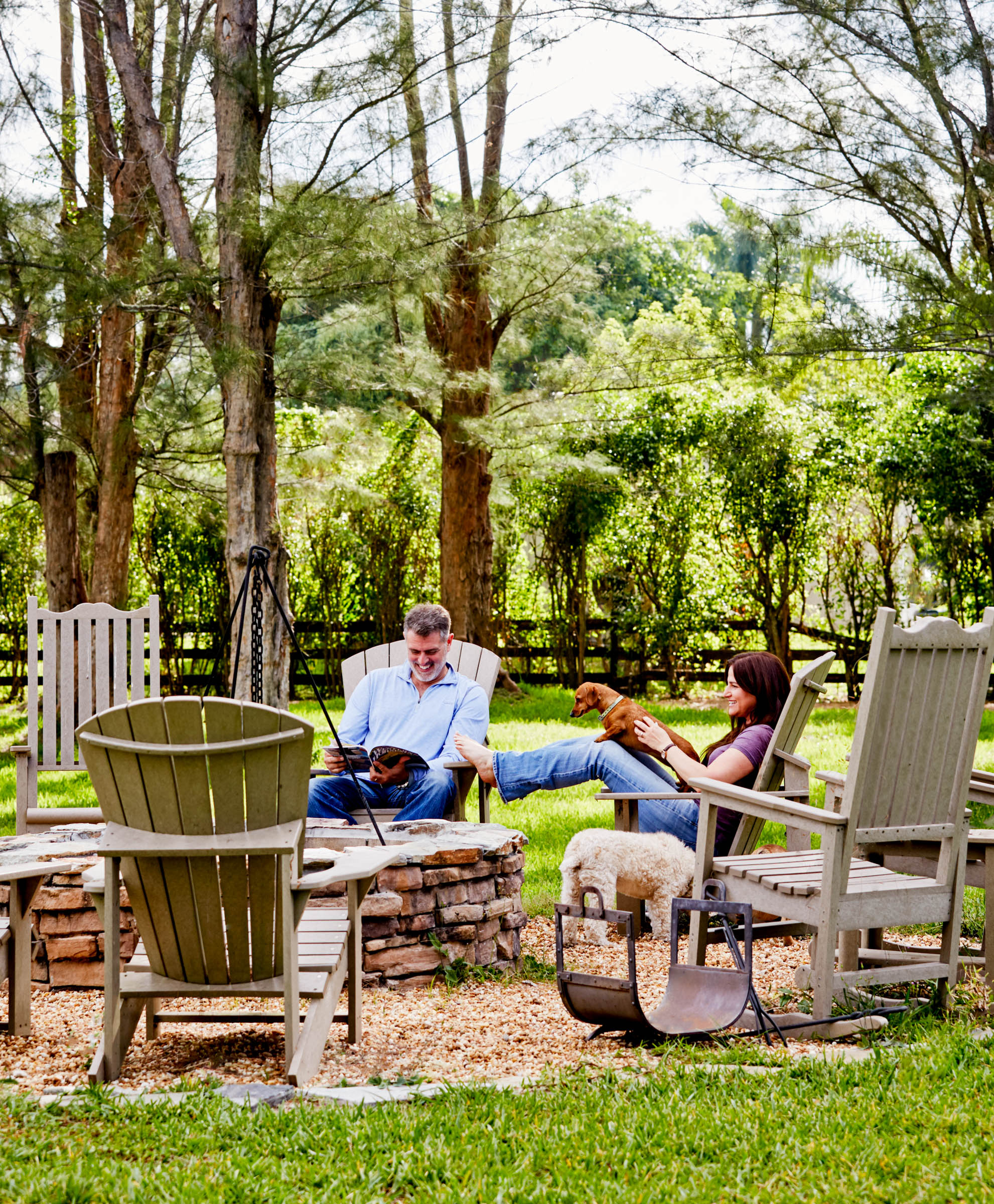 The Mastiffs, Lucky and Lulu came a little bit later when we were living at the farm. Our dog Zeus, whom was also an English Mastiff, had passed away and we were terribly sad. We love the breed and couldn’t imagine a life without a Mastiff at home- there is something spectacular about these gentle giants. The breeder where we got Zeus from had sadly passed away and the family was no longer breeding. So, it was Benjamin who took it upon himself to find another reputable breeder. He found one and I called them and that’s how we got Lucky. Zeus never had anyone to play with because of his size and now that we lived on the farm with a lot of land, it was the perfect opportunity to have two. So we called the breeder again and he had a “little” girl left from the litter. That’s how Lulu arrived. Lulu and Lucky grew up together, they are brother and sister from the same litter and are absolutely inseparable. 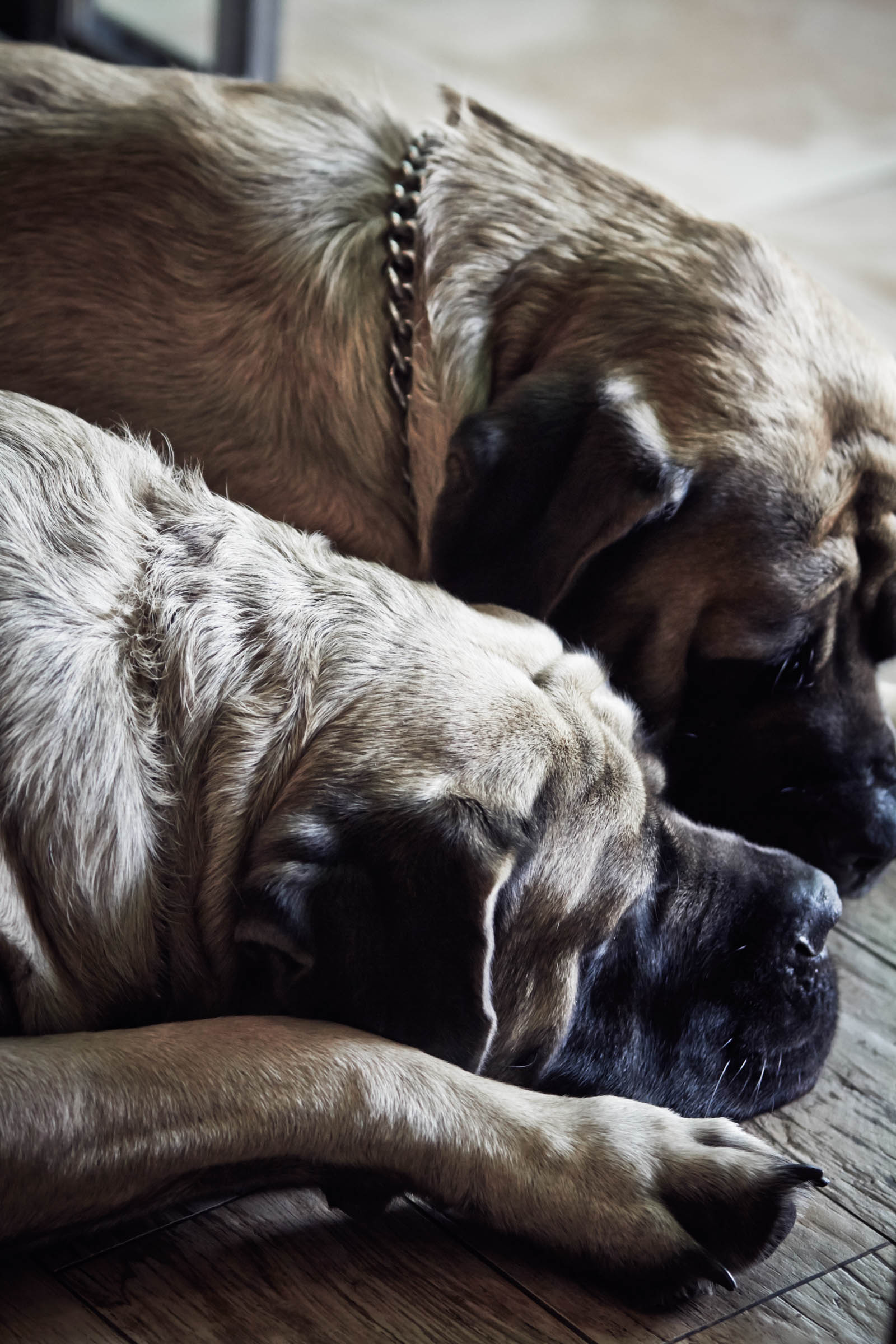 Next came Tito. He was part of a litter that was found, rescued and brought home to us by a cleaning lady. We, of course, had to keep him. We’re not sure exactly which breed he is but we think it’s a mix between Chihuahua and Beagle. 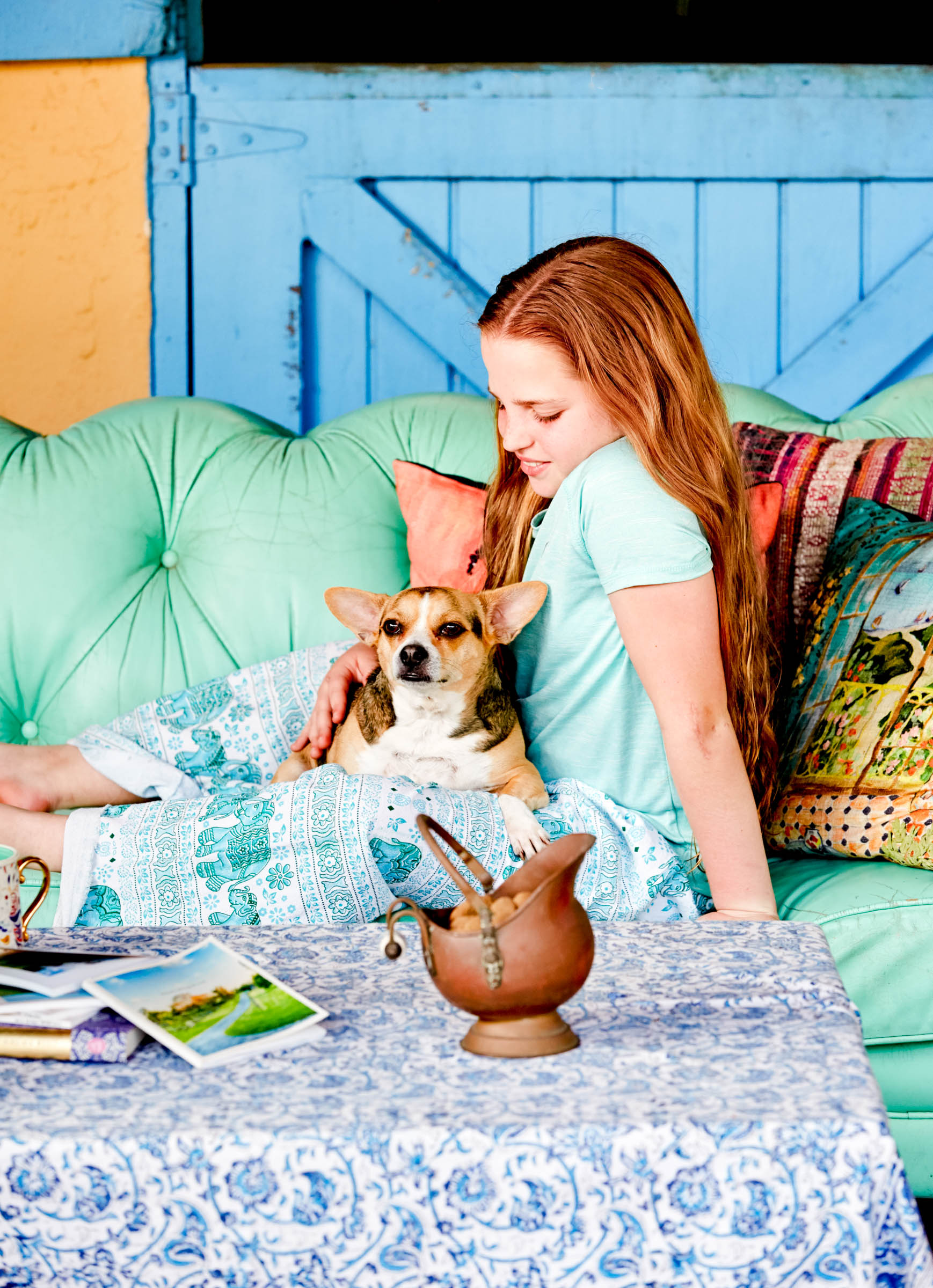 Then came Watson, the French Bulldog. Gany had met her first Frenchie at an event in Miami. She saw a white one inside a gallery just looking out the window and had asked about him. He was waiting for his owner to return. His facial expression and loyalty to his owner had caught her attention. She was mesmerized and immediately fell in love with the breed. Time passed as she kept looking online and on social media for puppies. One day she saw a breeder put up a photo of baby Watson and that was it, love at first sight. 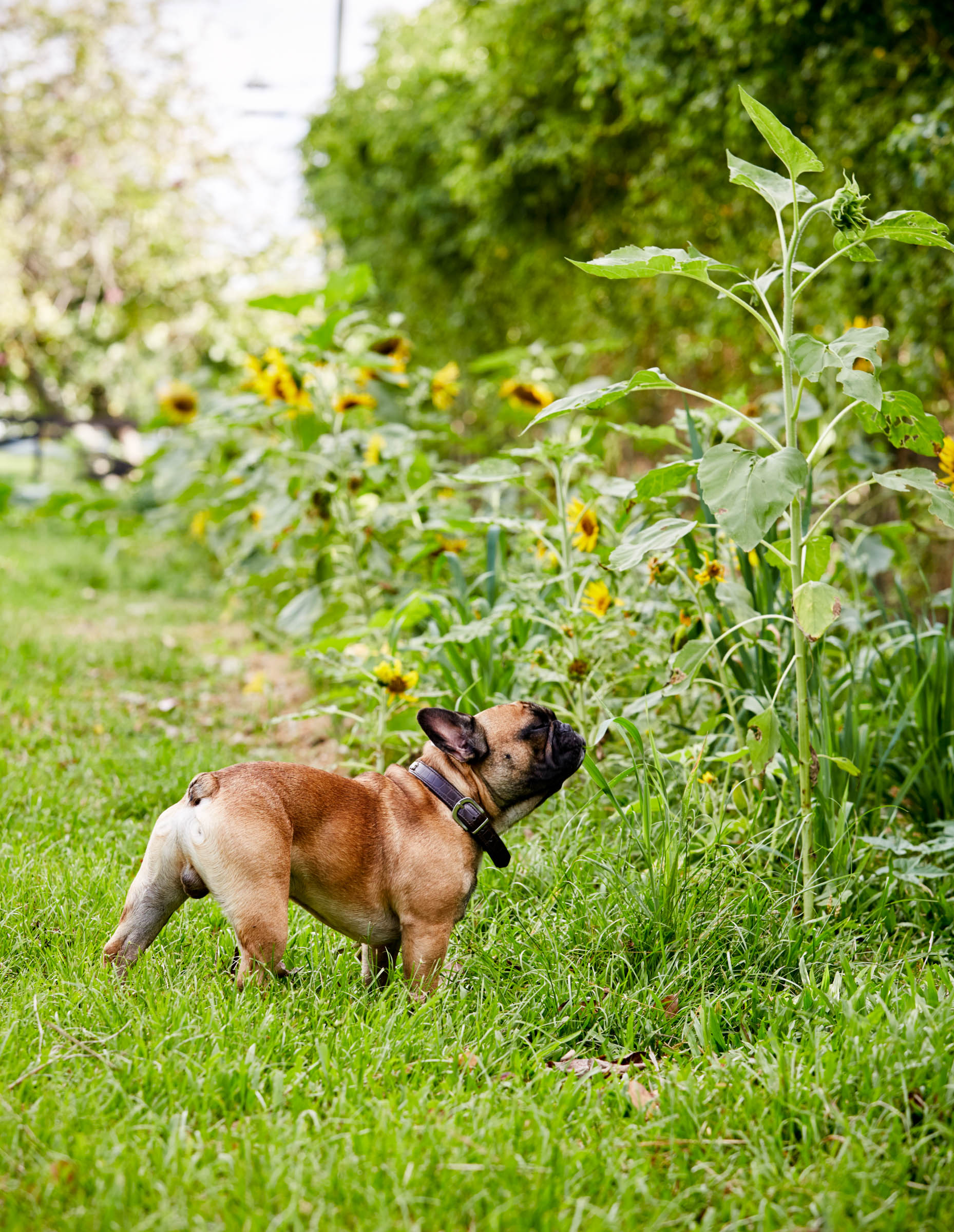 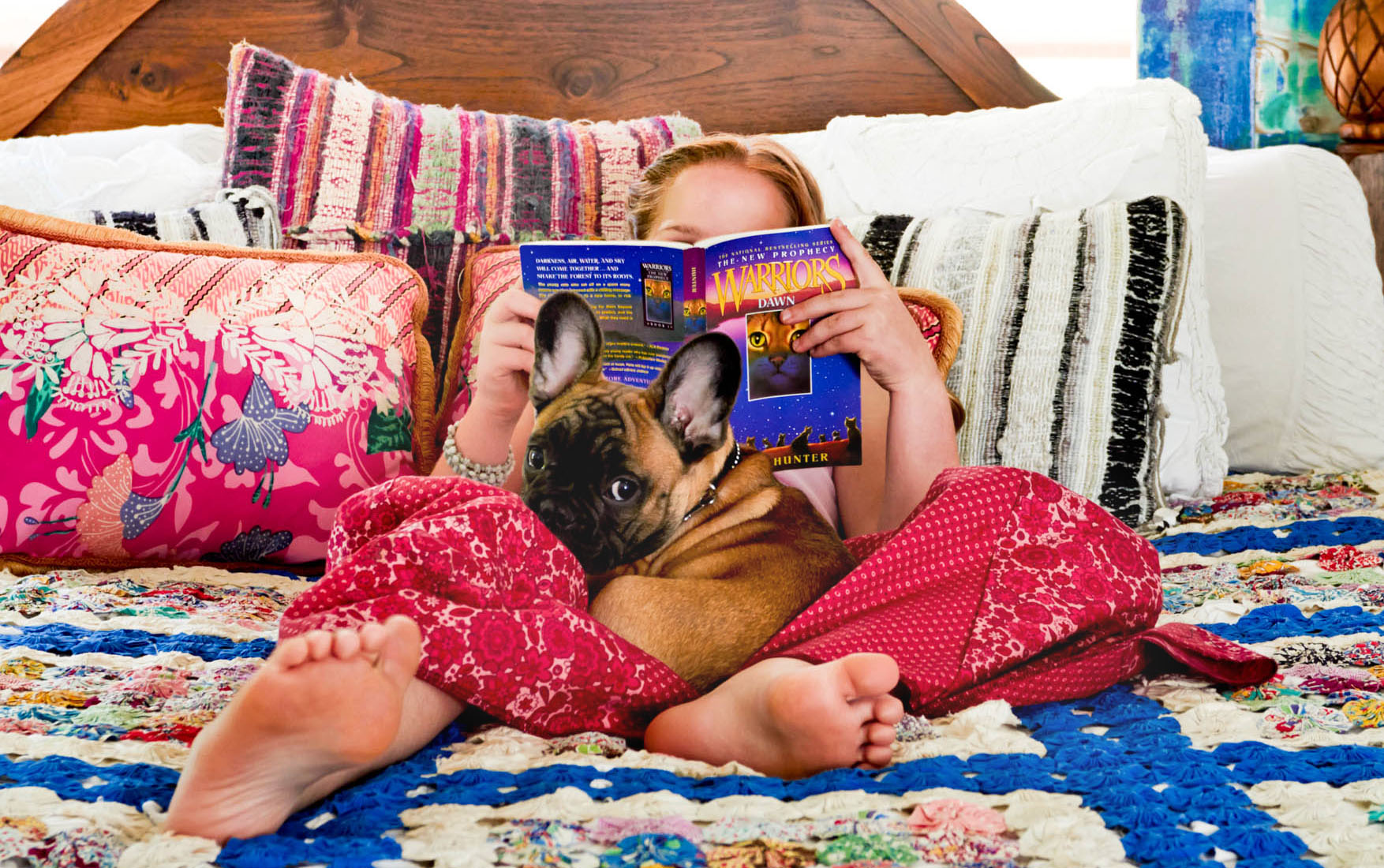 Last, but certainly not least is Pepper. Gany and I have always been in love with all kinds of different dog breeds. But recently after we got Watson, she has been even more curious about English Bulldogs because of their amazing personality. She was also ready for another baby! It was right before Hurricane Irma when she saw baby Pepper’s photo and something had caught her eye- Pepper had a silhouette of a woman in her markings. It was a sign. Gany said if all of us and our animals made it through the hurricane safely, she wanted to add this bulldog to our family. And that’s how Pepper arrived. She was a hard one to name but Gany came up with Pepper because she is grey and white and is so spicy and full of character!

The dynamics between all of the dogs is quite interesting. A couple of them think they are the Alph but I think that the actual Alpha is Watson. He is still very young but will grow even more into that roll.

Sippy loves people and will climb right in your lap but wants all the other dogs to leave her alone. Watson is the happiest and most energetic and Tito is the friendliest with other dogs. Lulu plays tug of war with Watson all the time and it’s so funny to watch because of their size difference. She just lays there holding the toy in her mouth while Watson pulls and pulls. Pepper and Watson now play together the most with all of their puppy energy and little Genesis keeps to herself. She is a diva and daddies girl and she knows it so she acts that way. And of course, Lucky lives for his sister, Lulu. 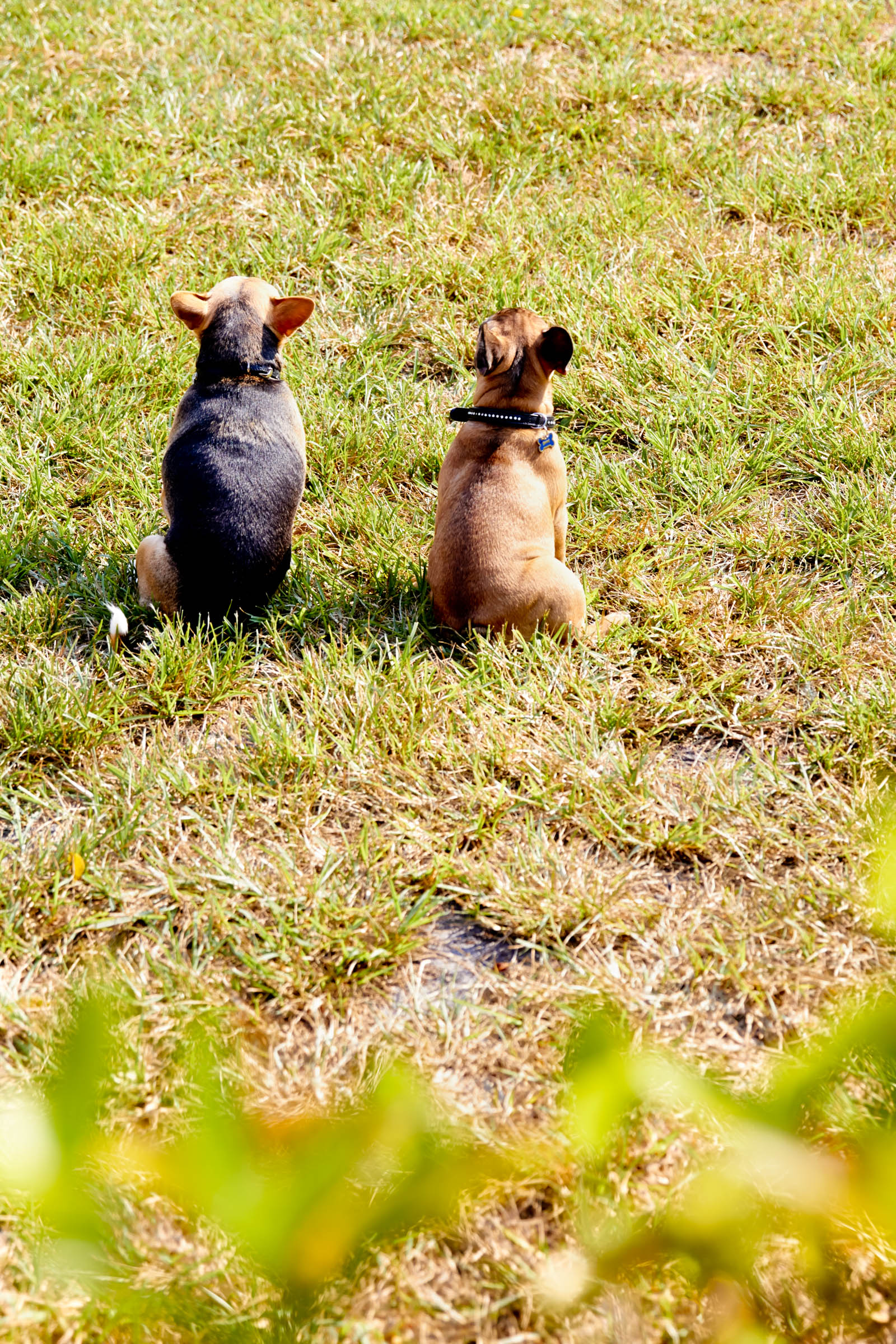 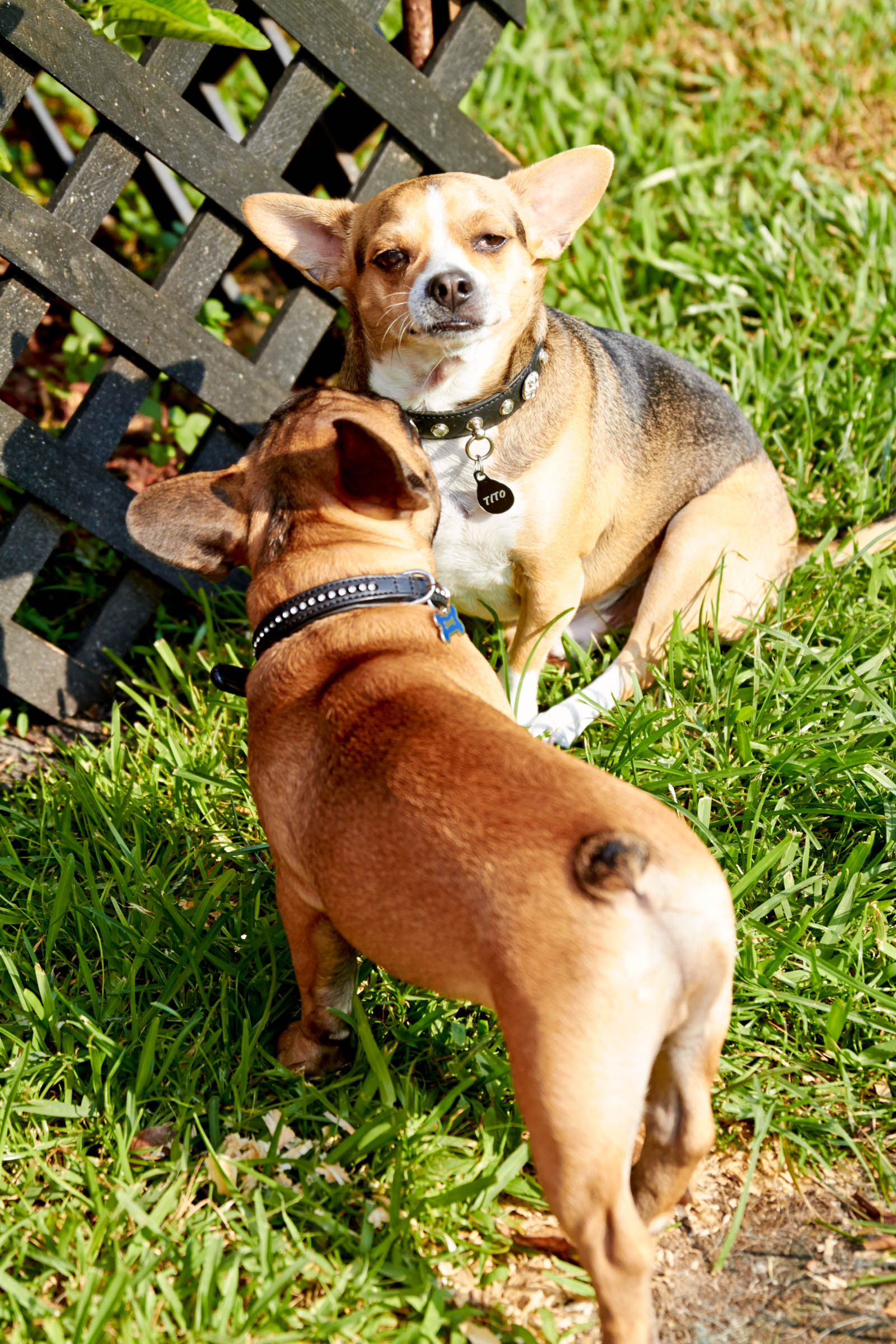 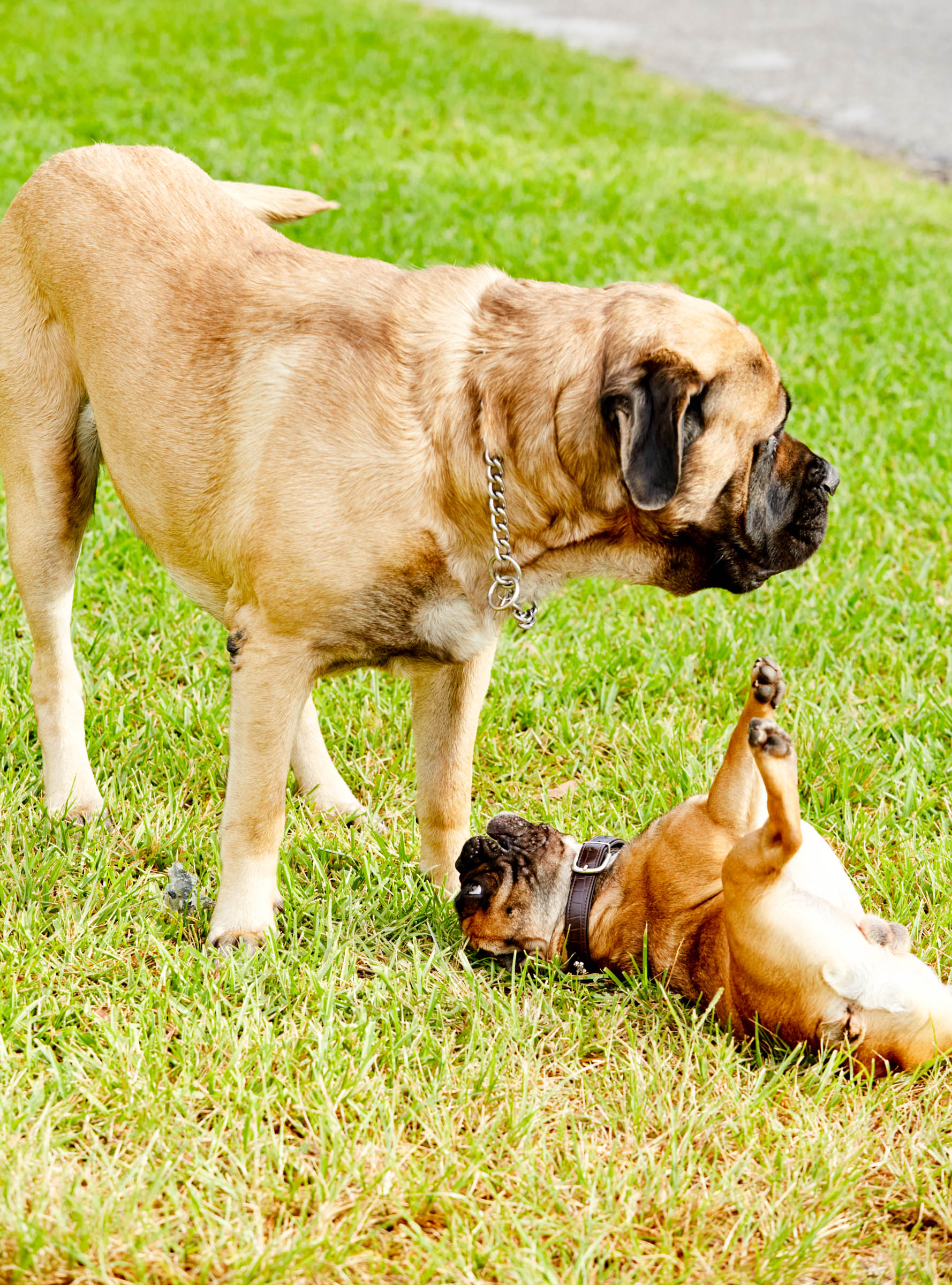 There are always people at the farm so the dogs are always with someone who can let them out and spend time with them. They all need attention and love everyday so it’s very important that we have time devoted to loving them. You can tell that they appreciate the dedication too and will return all the love double fold! There is nothing better to come home to than a greeting from your dogs. Whether it’s weeks or minutes they always welcome you the same way.

We also care for our dogs by making sure they have the right diet for their breed and size and have the health care they need. Our vet has a mobile van that comes to the farm. He takes care of vaccines, medicines, joint supplements and check ups.

There is nothing better than the peace I feel when we are all just smashed together on top of each other watching a movie or taking a nap! 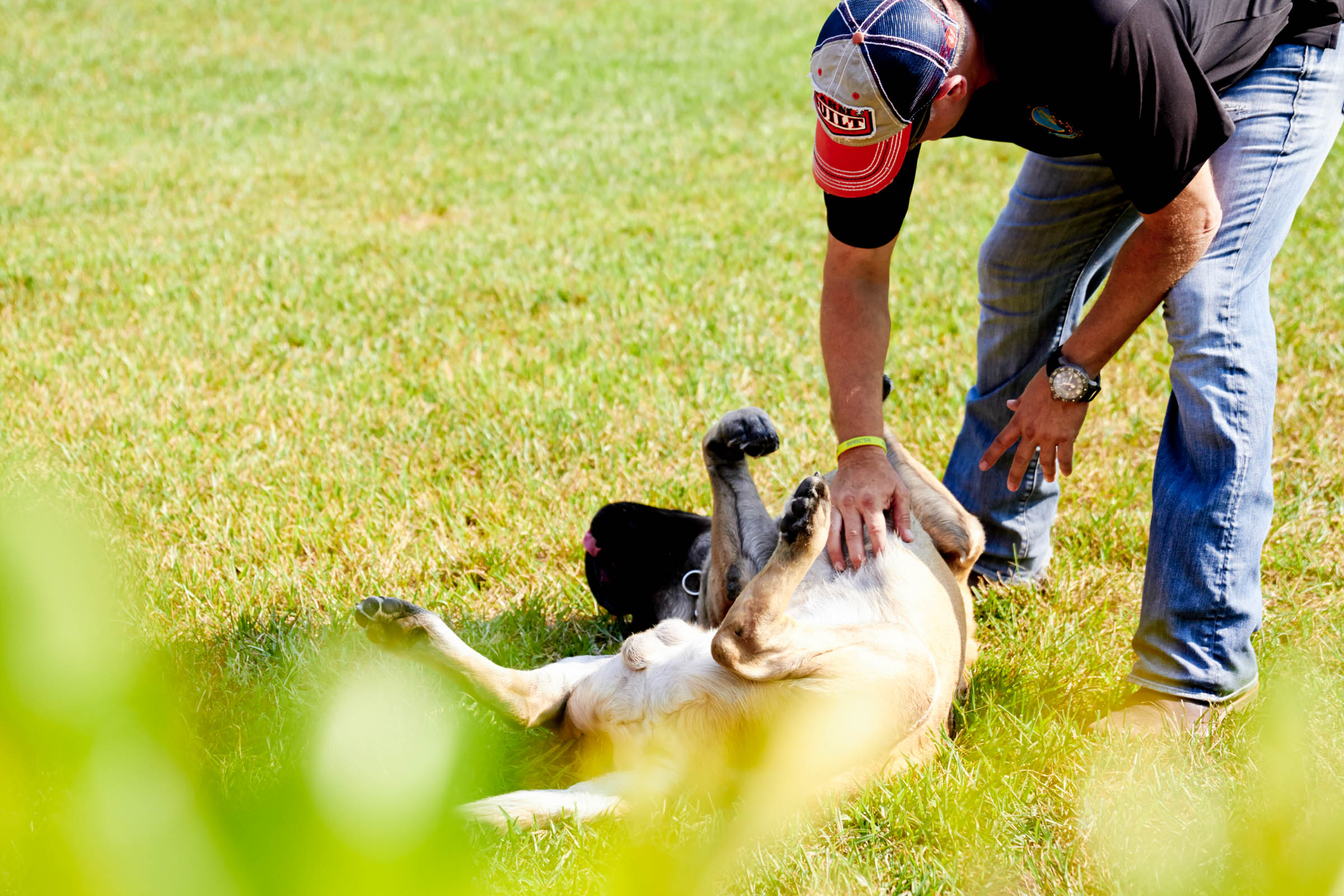 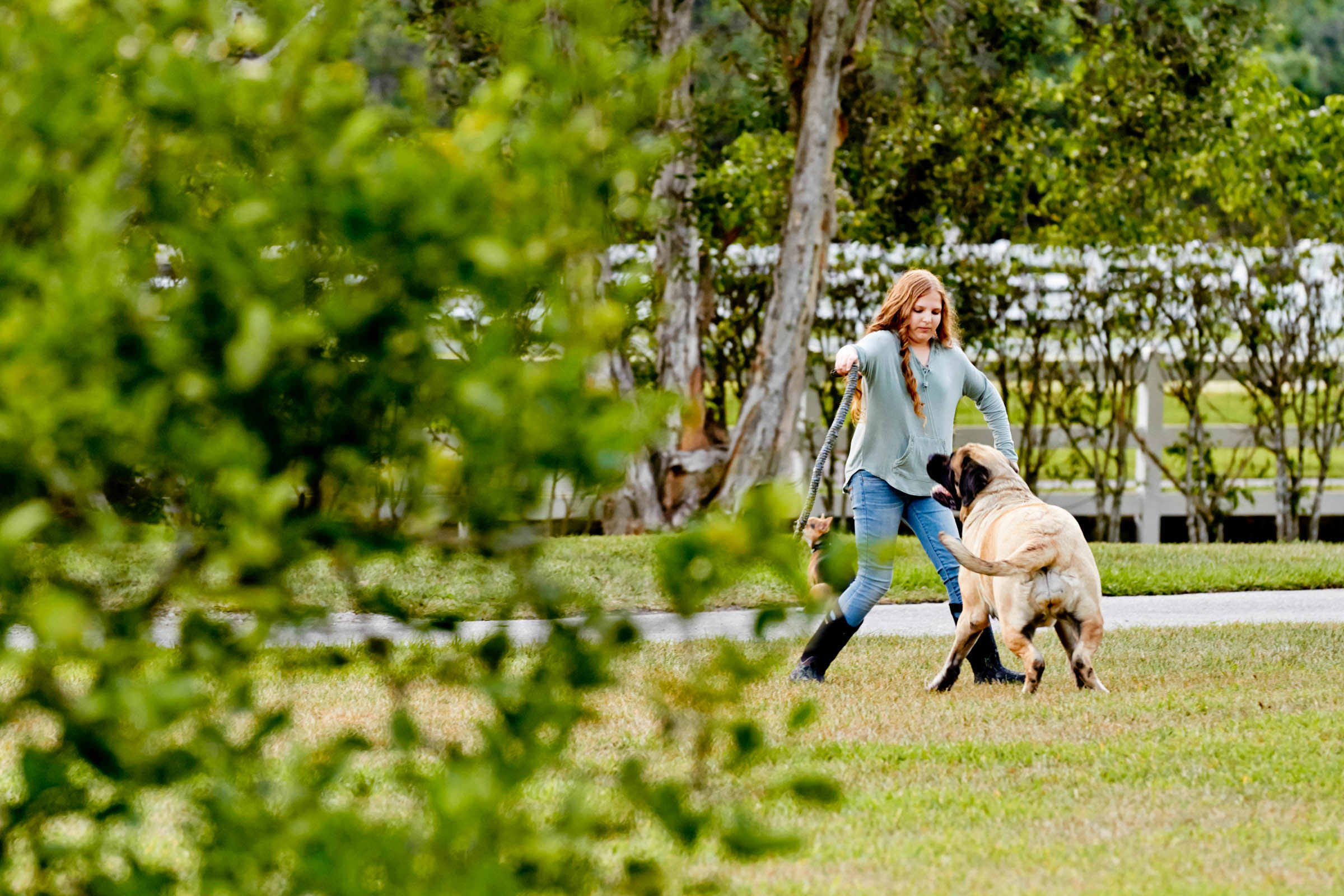 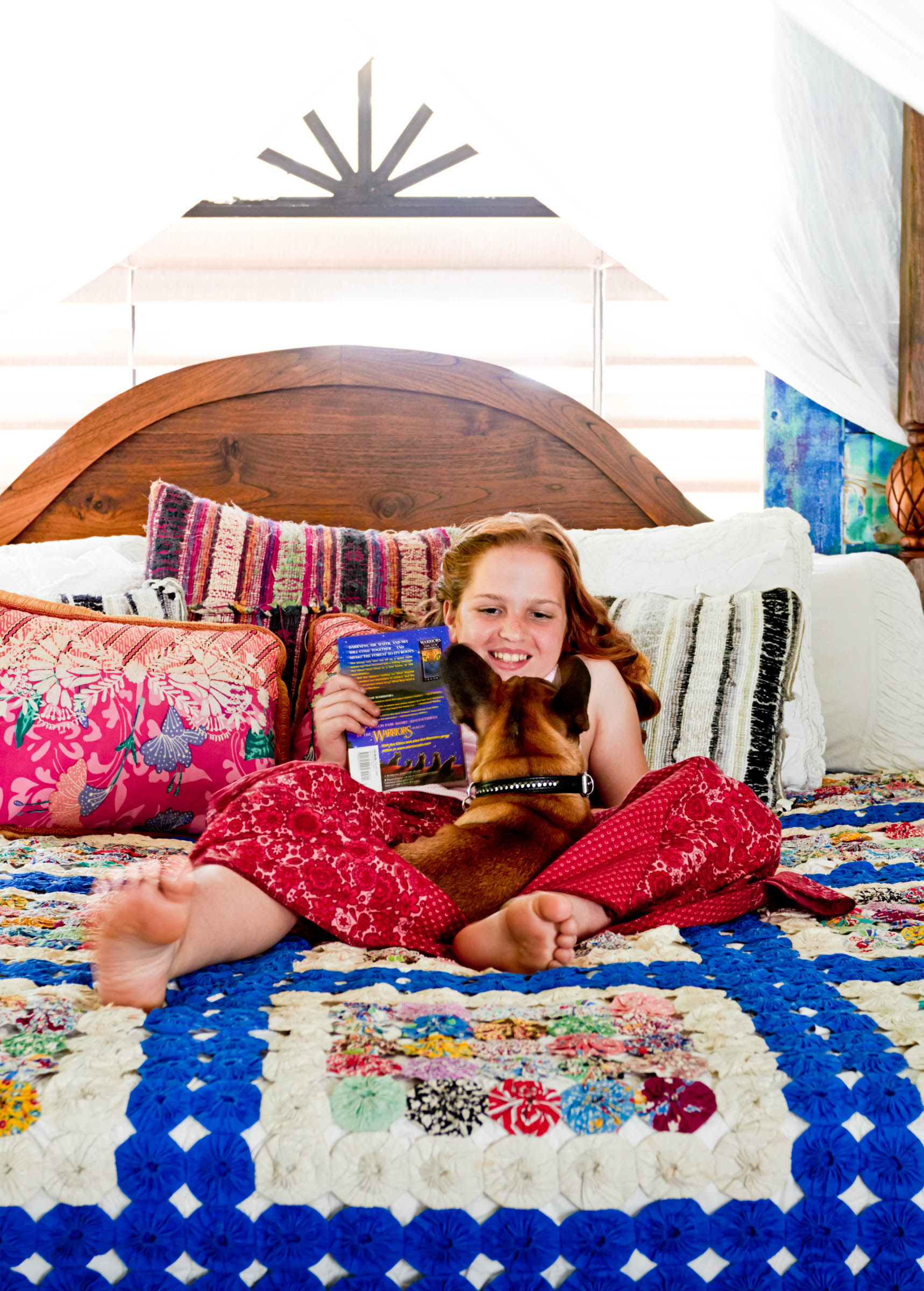 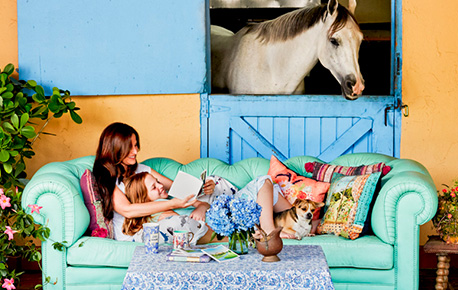 Blue Stallion Farm is our home. It's where we all cook in the kitchen together, making our family’s favorite recipes, roam the grounds outside, live amongst the animals (we currently have 6 dogs, 2 cats, 1 pig, 11 horses, 3 zebus, birds and chickens!) and enjoy a bright and happy retreat everyday with our children, Benjamin, Shana, Hanna and Misha. We invite you to continue the journey with us, whether it be adventures in the kitchen, out on the farm and in the barn, sharing in our family’s inspiration or following us along on our many travels!